OK so my hubster, Tom is halfway through Voyager...and just found out about Jamie marrying Leghair.  Claire left and is on the horse after their huge fight that Jenny put a stop to.

Although he's enjoying the book BIG time, this little situation (snicker) has done nothing to soften Tom's feelings about Claire!  Listen to what he said:

"Claire has the inability to see anybody else's opinion or understand their side of the argument because she knows, in her head, and in her heart, that she's right about everything.  She's so self-centered and arrogant.  She just can't imagine her being wrong.  She just can't imagine somebody else having an opinion that would explain the situation, because in her head, she's right...all the time.  Claire is never at fault.  She has started problems...she's gotten men killed...she got that ship burned down...and never, ever once did she ever sit down and assess blame to herself.  It's always someone else's fault."

It's just so awesome to discuss different aspects of the series with new readers.  I fear Tom may never soften toward Claire...but there will be plenty of entertaining discussion along the way!
at 9:40:00 PM 31 comments:

SoozShop is OPEN on Etsy

Direct from Sooz, MOP friend and maker of GORGEOUS shirts and jewelry:

By popular demand, new Outlander  inspired  machine embroidery designs are now available for order on Etsy.  These are stitched directly onto 100% cotton casual shirts, of a size and color of your choosing.  Two of the designs include a leading letter in a Jacobean thistle motif followed by a font verra similar to that used on the Outlander books.  The fifth incorporates a Celtic knot design in tone on tone colors along with the popular "Keep Calm and..." slogan.

Here are the designs: 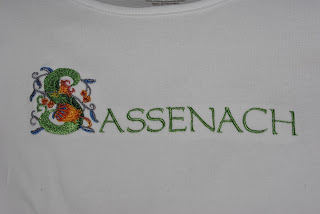 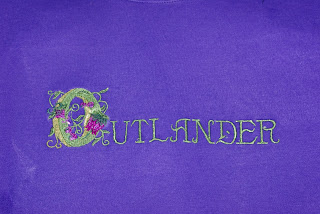 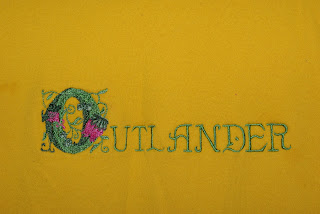 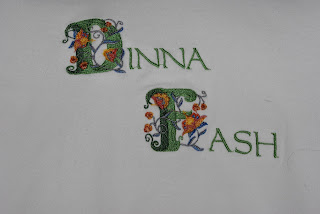 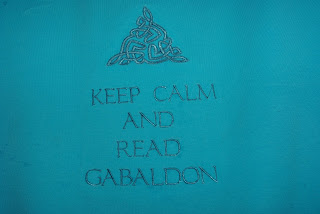 In addition to the embroidery design options, there are some jewelry pieces now offered. Each is a unique creation and depict the names of each of the books in the Series along with a few surprise references. Other designs are in the creation process. An example of one of the 12 offered looks like this: 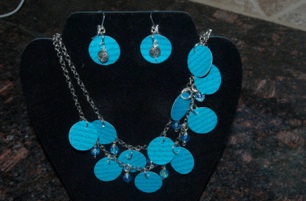 All of these can be found on Etsy (www.etsy.com) in a shop titled "SoozShop" for those interested.   My idea for designing these is to be able wear the love of the series so you can share it with those that stop to ask.......Please stop by the Shop if you're intrigued.

We've been discussing our favorite Happy Birthday Jamie Fraser video lately...so I had to post a chunk of it today.  I just watched this and laughed harder than I did when we made it.  Enjoy!

(Spoiler Alert:  We are discussing An Echo in the Bone in the video!)

Happy Birthday to the hottest fictional character (who we like to pretend is real) on the planet,