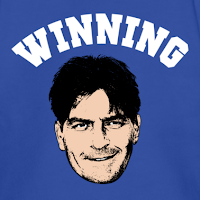 I am so excited to announce the winning entries of the My Outlander Purgatory character contest!

But first...let me tell you how we picked the winners.  Tracey and I each picked 8 entries...and then compared notes.  Interestingly enough, 5 out of the 8 were a match.  Of the 5, we each picked 3 and compared notes...and all 3 were the same!  We each picked an "honorable mention" as well.

Let me just say that every single one of those entries was tremendous.  I wish they could all be winners...because they were so well thought-out.  Whether they were longer and more descriptive...or a quick one-liner, we really enjoyed them all...and hope you did, too!

And now...for the winners of the MOP Character Contest (drumroll please):


I find it verra interesting that both honorable mentions are about Frank.  Always 2nd best, poor guy!

Now that we know the winning entries...let's find out who the winners are!  If you are one of our 3 winners, please comment below and let us know who you are.  Also - send me an email at carol@myoutlanderpurgatory.com, letting me know what (1 credit) audio book you want from audible.com...and what email address to send it to.

I will post ALL entries after we find out the winners...and it's up to the rest of you whether or not you want to come clean about who you are!! :)

Thanks again to all who entered; we've had a blast.  Something tells me I'll be running another contest again verra soon!