Robert and Terry and Bear, OH MY!

OK so I took a lunch break and am watching last night's Outlander panel (see below.) And it's awesome. Bear McCreary is there, giving OUTSTANDING information about his musical work on Outlander. And being not only an Outlander fan, but also a fan of The Walking Dead and Black Sails, I am enamored of this man's talents. 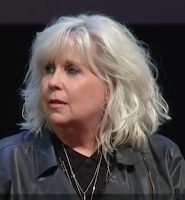 I am also ecstatic because Terry Dresbach is making a rare panel appearance with the Outlander gang, giving us an up-close and personal view of the intricacies of Outlander costuming. Lets face it; who among us doesn't worship this gorgeous woman's amazing talents?!?

OK so why I'm feverishly typing: Ron and Bear just mentioned subbing a lyric from Robert Louis Stevenson into Bear's version of The Skye Boat Song (the opening song in Outlander) and I jumped out of my chair and grabbed my computer. (I haven't done that in quite some time...probably since the last time I had a Gabaldon novel in my hot little hands.)

OK so why did I flip out? Robert Louis Stevenson is a popular historical figure in my little fishing village of Brielle, New Jersey:
HAPPY BIRTHDAY, Tracey!! 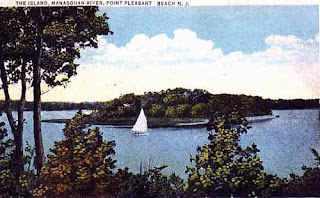 OK so let me get to my point:

On any given weekend in the summer, my family and I can be found boating around the Manasquan River, and spending time on what Robert Louis Stevenson affectionately nicknamed "Treasure Island" after his novel of the same name.

"Most notably, Robert Louis Stevenson, author of Treasure Island, visited in the late 1880s and completed portions of his novel The Master of Ballantrae. He would name Brielle’s Osborn Island after the titular island in his most famous work after a short cruise on the Manasquan River.
(excerpt from Clayton and Clayton Realtor webpage, "Shore Spotlight: Brielle, NJ)

Interestingly enough, The Master of Ballantrae novel focuses "upon the conflict between two brothers, Scottish noblemen whose family is torn apart by the Jacobite rising of 1745."

So yeah. That's the way my mind works. Ron and Bear start taking Robert Louis Stevenson...and Carol must go blog.  And after doing so, I find out Robert Louis Stevenson wrote a portion of his book about the Jacobite Uprising in my teeny Jersey Shore town. Just another way Outlander weaves itself into the fabric of my life on a daily basis.