Somebody get me the NAIR. 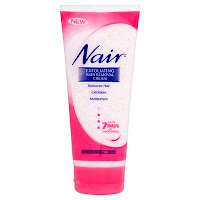 SPOILER ALERT:  MOST of this is about Outlander...but there is a Voyager reference.  I will post another alert before that sentence.

I finally did it. I caved and bought the Outlander audiobook

, read by Davina Porter, and listened to it today. (Thanks so much anyway for your help, Angela!) I was headed to see my parents who live almost 2 hours away... and realized what a godsend Microsoft Sync is! The kids were happy with a DVD and I was happy with Davina.

UNTIL THAT BITCH LAOG-WHORE JUMPED JAMIE IN THE ALCOVE!

OK maybe she didn't jump him. Maybe he pulled her tighter on his lap when he saw Claire. Fine. Whatevs.

No - NOT "WHATEVS"! I couldna STAND it! What is his DAMAGE??? What kind of childish game is he PLAYING with Claire? The night before, he hands LegHair Claire's empty wine glass and basically says "Here - do something with this, will ya?" (which made me tinkle).... before disappearing into Claire's bed chamber to strip to the waist and speak so poignantly about not wanting Alec to see his back... that Claire feels the need to play Chutes and Ladders with her wee fingers all over his back.... before sharing a laugh with him about their simultaneous saying of "goodbye". BUT THIS MORNING.... it's a totally different story! BENDING TO HIS WORK!!! SPOILER: (Forgot I'd heard that before - when he was bending to Geneva 2 books later! with none other than the wee-est HO in the land!)

Seriously folks - I don't get it. Yeah yeah - he's a guy - she's a girl - and a cute one at that. Gotcha. Comprehendo. But you're the guy who stood up and got the shit kicked out of you in order to save her the embarrassment when you hadn't even done anything wrong! That's some serious INTEGRITY right there. So how do you then go and make out with her a few days later??? Negating all the good you did! And after COMPLETELY BLOWING HER OFF the night before?!?

I dinna get it.

-- I think I figured out a big piece of the puzzle. I was listening to the part where Claire is listening to the stories from William at the castle, and Jamie is translating the Gaelic (you know, right after he switched placed with Claire, bumping Wee Ho to the other side of the bench. Oh how I HOWLED at that!!!) And Claire is thinking about the 200 years timeframe and how all the stories involve women going back 200 years... and coming back. I think we ought to research old stories. That may be the key to what is going to happen ultimate with Claire (will it be Ground Hog's Day and she'll keep going through the stones and finding Jamie?) ... why she went to the 18th century...  etc etc.

-- I'm surprised Diana didn't take advantage of Jamie's turning down the oath - and make LegHair flip out because it meant he's not a clansman in her clan. Alec said her father would never let her marry outside the clan. Well now Jamie is officially remaining "outside the clan". I would have liked to have seen her go apeshit on his ass. Claire took off (once Mrs. Fitz shoved her out the door! I love that!) and that's where I left off.

-- What do you think Geillis (who I still love, I'm sorry) wrote to Dougal (when she bullshited Claire and said it was her bill that had to go to no one but Dougal or she'd never get paid)? I know she had a relationship with Dougal and she could have been saying anything... but do you think maybe GEILLIS planted the bug in Dougal's ear that Jamie should marry Claire? It's pretty soon after that that Dougal drags them away and makes them get married. Maybe BJR just played into his hands and helped him further the cooked-up marriage along.  Just a thought.

-- How funny was the "under the table kicking incident" between Claire and Jamie after she caught him with Le'Ho? I was dying. And I love how he's all smug as if nothing happened and he can go back to being Mr. Manly Man "I Can Do Nothing Wrong". That incident really took him down a notch with me. I'm looking forward to his explanation because I canna remember exactly what he said. I'm thinking he said she just wanted to thank him or something... but that would be BS because she already did in the courtyard.